I was just on Amazon browsing and saw something I didn’t expect to see, which was the original 1978 Halloween in 4K. If you own a 4K tv and player such an Xbox One S/X or PS4 pro, you’ve probably noticed there’s a pretty big upgrade from Blu-ray to 4K. So if you’re a horror nerd with 4K, this is pretty awesome news. According to the description it was released yesterday on September 26th and you can buy your copy on Amazon here for $17.96. Looks like I’m gonna own a 5th copy of Halloween, I gotta see what it looks like. 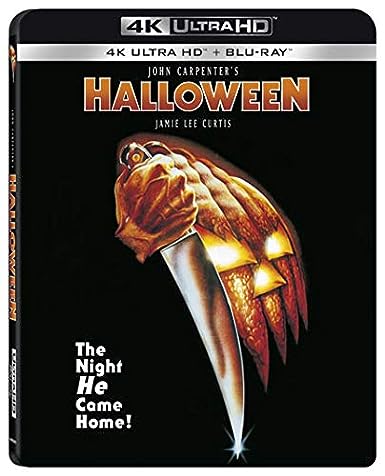