Dear horror fans, Freddy Krueger is alive and has made his way to the UK? This glove was found in England and might I add, I want them.

Someone anonymously turned in this home made weapon, which looks just like those worn by the burnt serial killer in the 1984 hit “A Nightmare on Elm Street,” was dropped off at the knife bin at the Uxbridge police station.

“There are knives and then there is this,” the West Drayton Police wrote in a tweet sharing photos. “Safely dropped off anonymously in the knife bin in #Uxbridge Police Station. #noknives.” 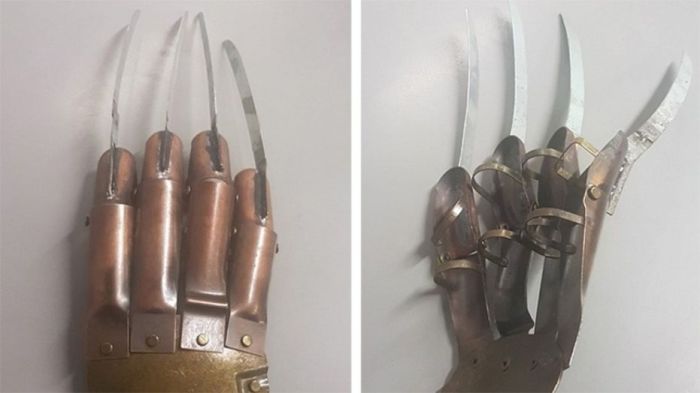 Local residents were in disbelief someone made the gloves.